(a subsidiary of Rooibos Ltd)

Between the great mountain ranges separating the edge of the Karoo from the southern shores of Africa, there is a narrow coastal plain stretching some 250km from the town of George in the west to the eastern limits of the Tsitsikamma mountain range. This territory is the home of the Honeybush plant. The area is known as the Garden Route, a region where nature has bestowed her many riches with a generous abundance of wild flowers and the largest expanse of indigenous forest in South Africa.

The Honeybush plant is a shrub of the Fabacea family which only grows in specific places in the fynbos biome of the Western and Eastern Cape Provinces of South Africa.

Honeybush (Cyclopia spp.) is well adapted to the climate and soil conditions of the Cape mountain ranges and coastal plain where it grows naturally in well drained, sandy to sandy loam soils. Honeybush populations are mainly found on the cooler, wetter southern slopes.

The use of Honeybush was first documented in 1705. In 1772 the Swedish botanist Thunberg recorded that he found “honigtee” during one of his field trips in the Cape. The earliest record of the early Cape colonists using it as a medicinal plant dates back to 1830. The Scientist reported in 1881, after scientific research, that the herbal tea was caffeine-free.

As the leader in the production of Honeybush in the world, we provide an array of services:

Honeybush has an array of health-promoting properties perfectly suited to counteract the negative impact of today’s stressful environment.

Honeybush contains anti-carcinogens that are extremely beneficial in aiding the prevention of cancer, as well as anti-oxidants known to slow down the aging process.

Honeybush contains minerals such as iron, potassium, calcium, zinc and magnesium. All of these minerals aid the body to be as healthy as possible.

Honeybush is highly recommended for pregnant women, babies and children, due to its lack of caffeine and low-acidity.

Honeybush aids in the soothing of coughs and respiratory infections or disorders. There is anecdotal evidence that Honeybush has an allergy-reducing effect.

Honeybush is harvested by hand throughout the year. A sickle or pruning-shears are used for harvesting the shoots (leaves, stem and twigs) of the plant.

The cuttings are then bound into bundles for transportation to the processing plant. 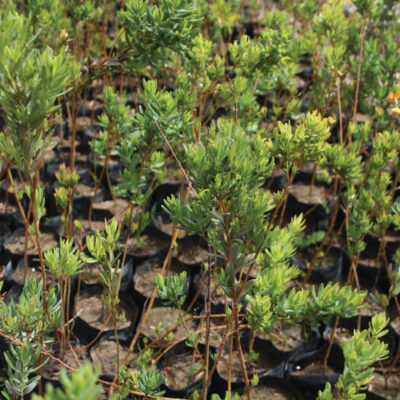 Seeds are treated to crack their hard shells and then sown into seedling trays. The young seedlings are planted out into plantations. 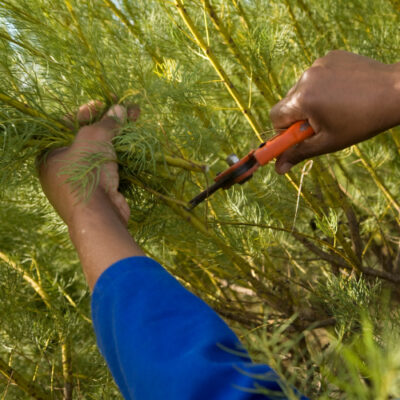 Honeybush is harvested by hand throughout the year. A sickle or pruning-shears are used for harvesting the shoots (leaves, stem and twigs) of the plant. 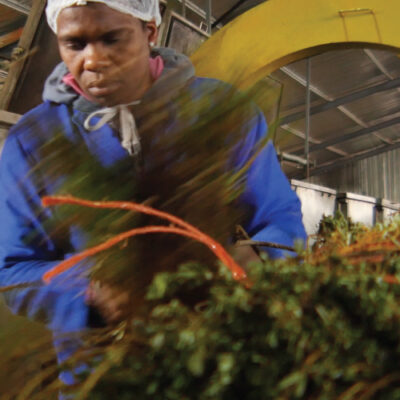 The entire bushel of Honeybush is pushed through the cutting machine and bruised to facilitate fermentation, allowing the finely cut material to oxidize faster. 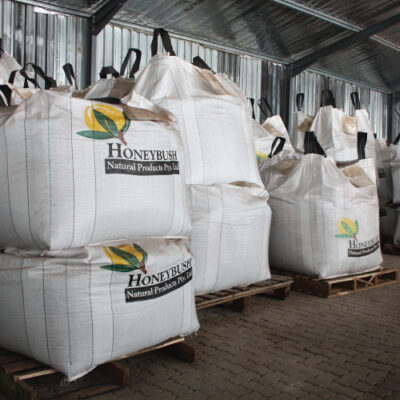 The dried Honeybush is then transported to the Rooibos Limited factory in Clanwilliam. Here it is screened into the various particle sizes.